To finish off our busy day touring the bustling, beautiful city of Hanoi we went to see a water puppet theatre show at the Thang Long Theatre in the Old Quarter.

Water Puppetry is a tradition that dates back as far as the 11th century when it originated in the villages of the Red River Delta area of northern Vietnam. Today’s Vietnamese water puppetry is a unique variation on the ancient Asian puppet tradition.

The puppets are made out of wood and then lacquered. The shows are performed in a waist-deep pool. A large bamboo rod supports the puppet under the water and is used by the puppeteers, who are normally hidden behind a screen, to control them. Thus the puppets appear to be moving over the water. When the rice fields would flood, the villagers would entertain each other using this form of puppet play.

It was entertaining as it is different, there are also musicians who play with local and unusual instruments. 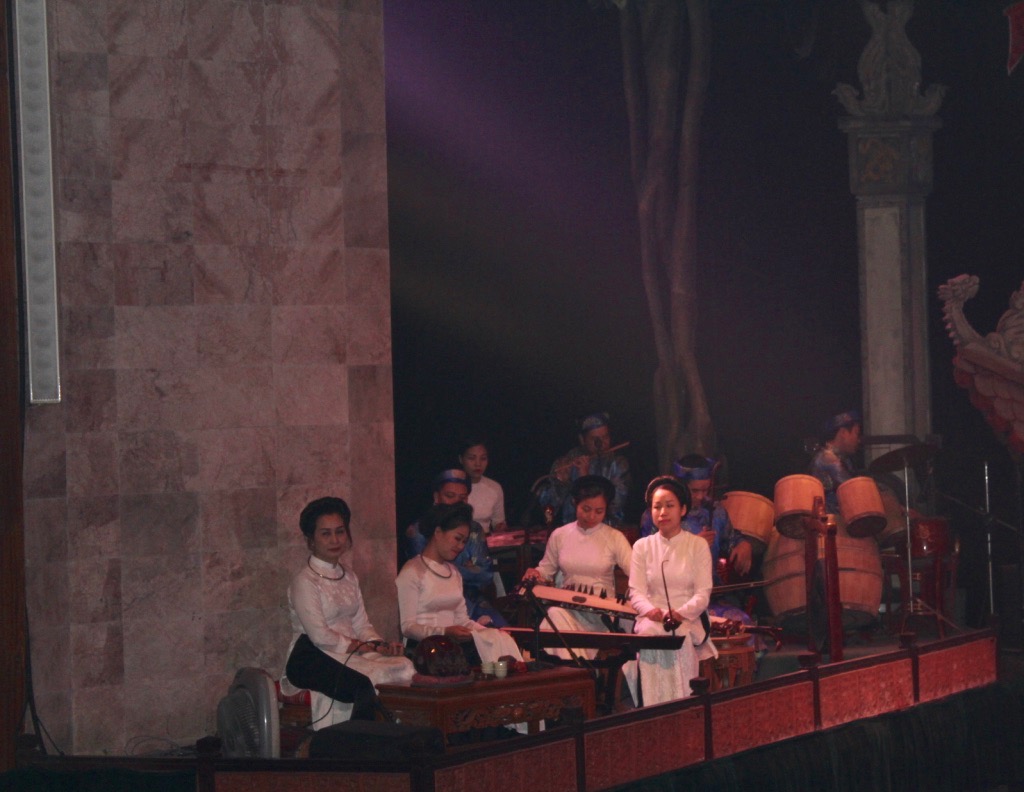 After the show we walked around the Old Quarter and went to see Turtle Tower located on a little island on Hoan Kiem Lake (Lake of the Returned Sword) and the red bridge. 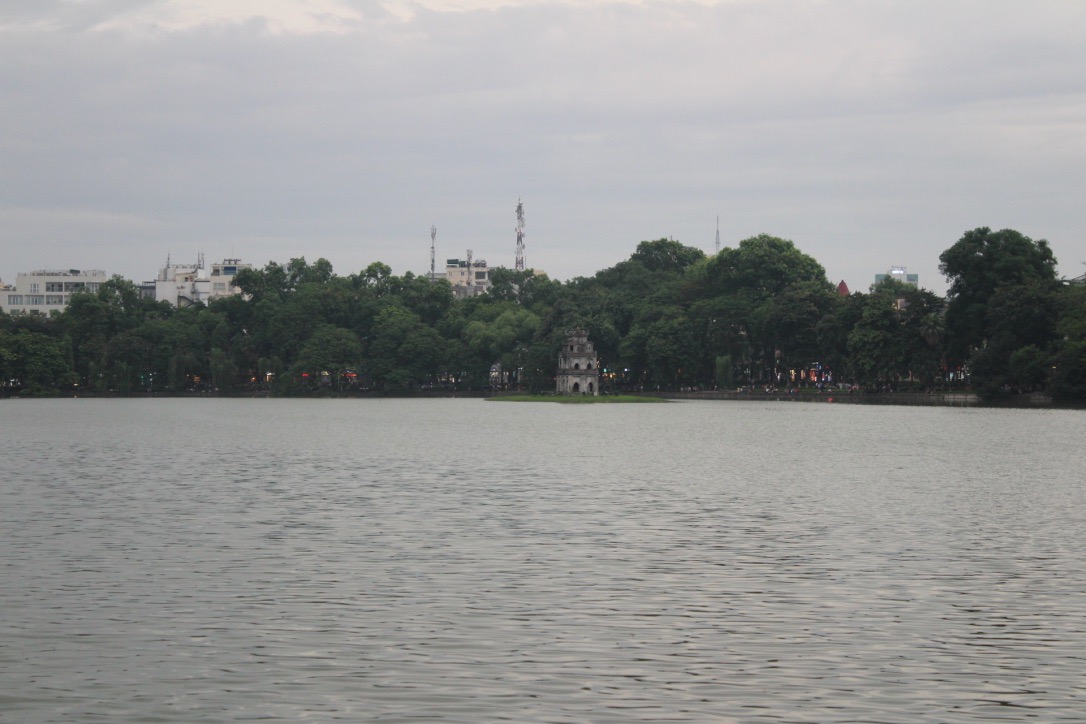 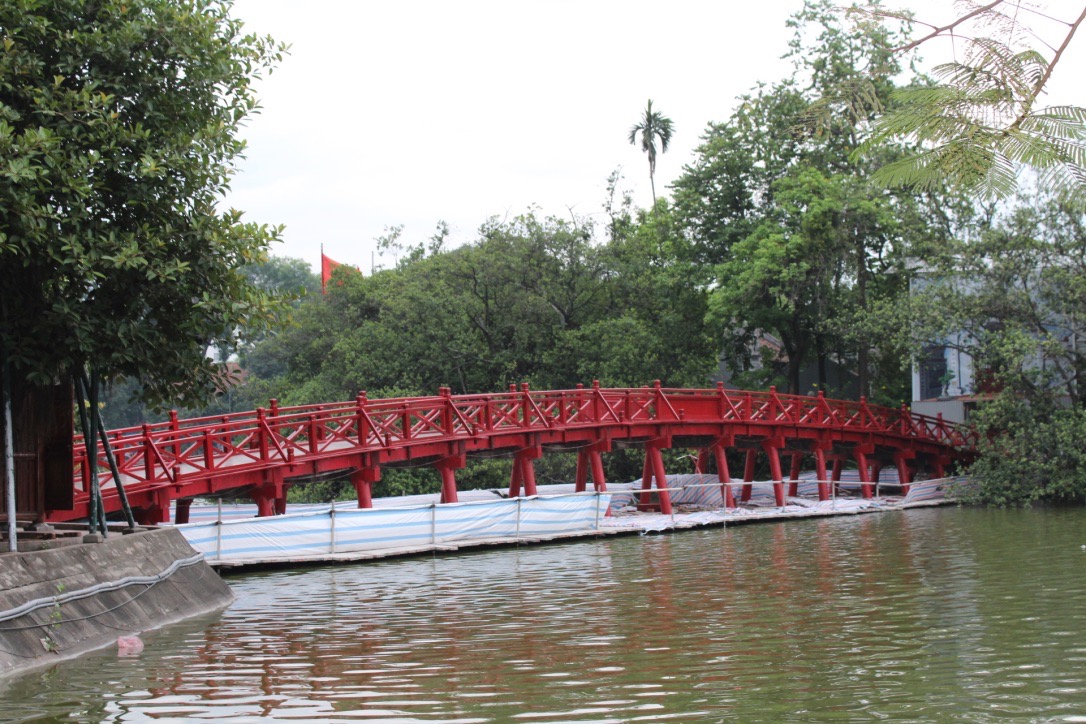 The Old Quarter consists of narrow streets and alleys which is home to literally thousands of small businesses and shopkeepers. It’s also great place to taste the traditional food. On the night we went there was a market where we bought some souvenirs. On the way back to our hotel we took a cyclo (rickshaw). It is a bicycle with  bench like seating in the front. A fun and crazy ride back through busy traffic. 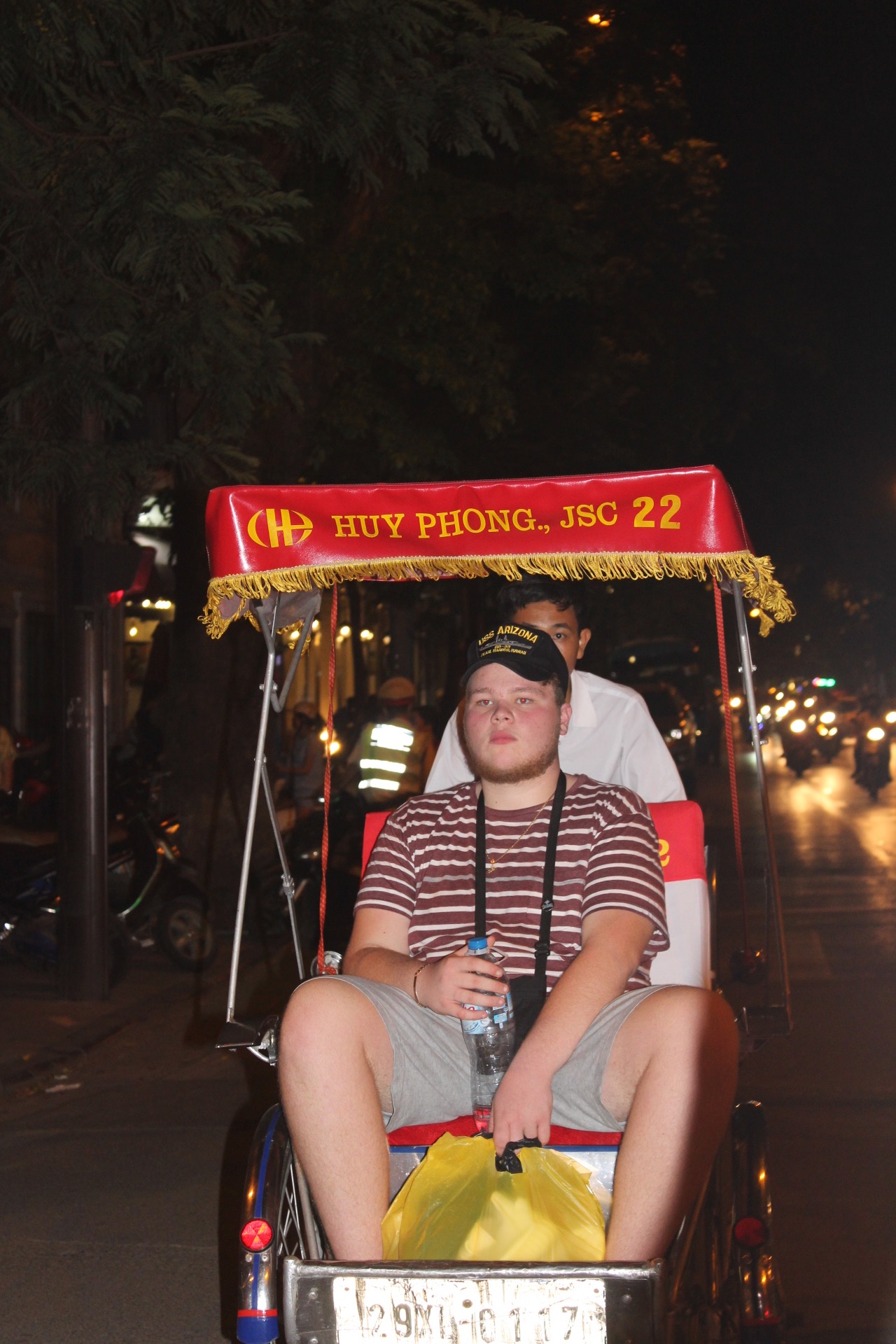 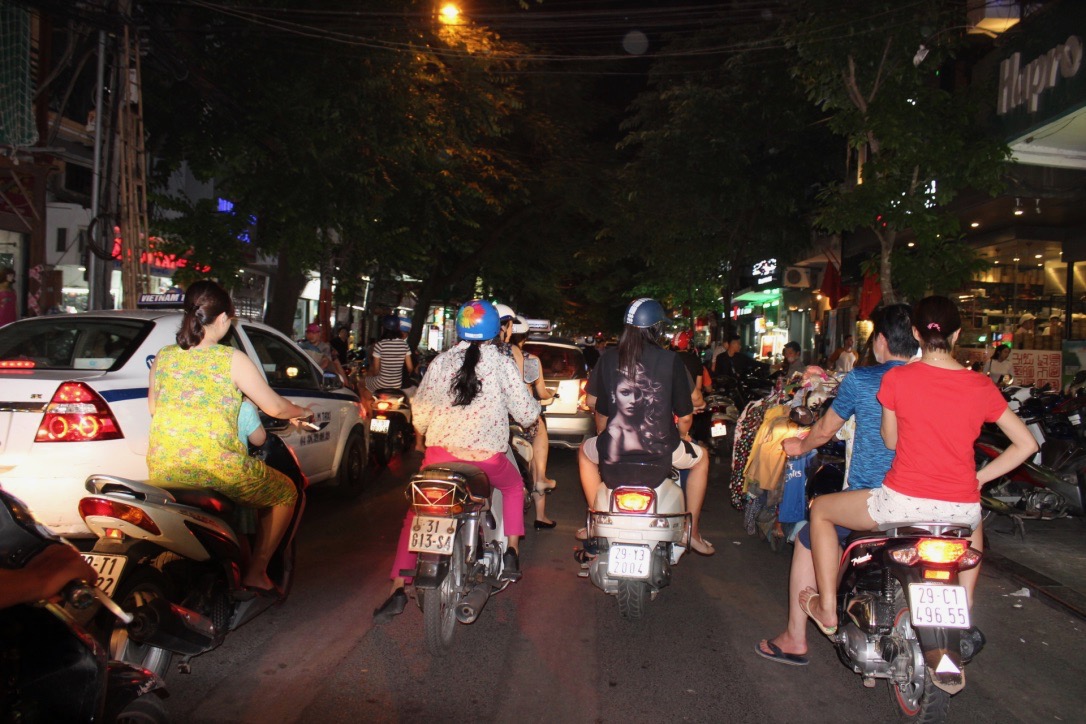